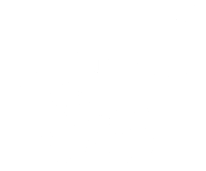 A HISTORICAL ABODE FOR AN ENCHANTING HOLIDAY

AN INCREDIBLE BUILDING, IN THE HEART OF OSTIA ANTICA, WHERE YOU CAN RELIVE ANCIENT HISTORY

Al Civico 7 is a residence with history, in the broadest and most profound sense, with a welcoming, yet decisive and modern character. In fact, the dwelling is part of the Borgo di Ostia Antica complex situated across from the Roman city of Ostia, whose splendid Archaeological Excavations of the Ostia Antica Archaeological Park are only a few steps away, named Gregoriopoli in honour of Pope Gregorio IV. Just a few kilometers from Rome, it is a peaceful haven that exists, due to its location and history, in an almost surreal dimension.

Designer Spaces Made in Italy

At Al Civico 7, the ancient and the modern are completely in balance. You will find a designer setting that is comfortable, pleasant and rich in architectural Made in Italy elements.

Every detail has been taken care of to ensure that the atmosphere of the house is comfortable and pleasant.

We reserve the lowest prices on the internet for guests who book directly through us!

We have reserved a small Welcome gift for each of our guests to enjoy in comfort on arrival.

You will find everything you need to make the most of your stay at Ostia Antica where you will feel right at home.

Al Civico 7 was designed to welcome between 2 and 4 guests, making it ideal for couples and families.

What our guests have to say

READ REVIEWS FROM THOSE WHO HAVE STAYED AT AL CIVICO 7.

From the reviews, I already knew that Veronica's place was special and this was confirmed when we arrived. Being able to stay in the medieval village was a unique not to be missed experience. Inside, all was modern, stylish, clean and comfortable. Veronica was very considerate and provided a lot of amenities including a basket of snacks and muffins, information about the area, and supplies such as shampoo, soap, conditioner and tissues. The location is a short 5 minute walk from the ruins at Ostia Antica and the castle is even closer...

The location inside the walls of the medieval city is idyllic. It is very close walking distance to cafes, restaurants and the archaeological park. The metro into Rome is not far either. The interior space is beautifully cared for with incredible unique character, but all the modern amenities. Lastly, Veronica a wonderful host. I can’t wait to come back to stay here.

What a great place. The apartment is beautiful, with an excellent restaurant right outside the front door - literally. Unfortunately, our flight was very late, and we were not able to visit the ruins. The little village of Ostia Antica was a great first day of our trip - with a picturesque castle and walled borgo. The village is a 15-minute drive from Rome-Fulminico airport.

How to Find Al Civico 7

From any highway take the G.R.A. (Grande Raccordo Anulare) – exit 28 and then take Via del Mare until Ostia Antica – Village

From Fiumicino Airport, once out of the airport, continue onto Viale dell’Aeroporto di Fiumicino until the crossroad Via del Mare and follow directions for Ostia Antica – Village.